Ethical Perspectives on the Use of Animals in Research

on Apr 26, 2022 by Lina Dolzhnenko
Home / Ethical Perspectives on the Use of Animals in Research

Ethics have been and remain a fundamental consideration for all animal research. There can be no doubt that the use of animals in scientific research, testing, and experimentation causes them pain and distress.

This is why it has always been considered necessary to justify any such use by demonstrating that it is justified either by its potential to produce a net benefit or reduce suffering in humans and animals.

This article presents an overview of ethical standards regarding the use of animals in research and testing.

The Importance of Ethics in Research Using Animals

The use of animals in scientific research raises ethical issues. The most important ones are the possibility of harm to the animals themselves and the potential consequences for human health and well-being.

These two aspects of the ethical use of animals in research are related to each other: Because research can be harmful, it has to be conducted in a way that minimizes harm to the animals.

However, there are limits to how far this can go. In some cases, the only way to conduct a given research project is by causing harm to the animals involved. 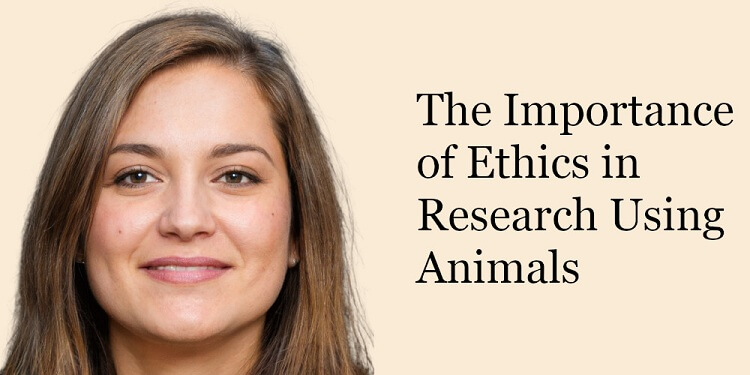 In many cases, humans can pursue the research question in another way that does not involve harming animals.

For example, to study an infectious disease, it might be possible to study the disease in humans who have been exposed to it, or to observe it in natural settings in which it occurs, rather than create experimental conditions in which it is induced in animals.

Where such options are available, the use of animals in research should be justified by showing that the research question cannot be answered by studying humans or natural settings.

Why is the Use of Animals in Research Ethically Problematic?

The use of animals in research, testing, and experimentation is ethically problematic for a number of reasons. First, it causes animals pain and distress. This is not a minor problem: It is inherent in the very nature of the activities.

Because these activities are designed to produce data and results about humans (or animals other than the ones suffering), the animals involved undergo pain and distress for a purely instrumental end. 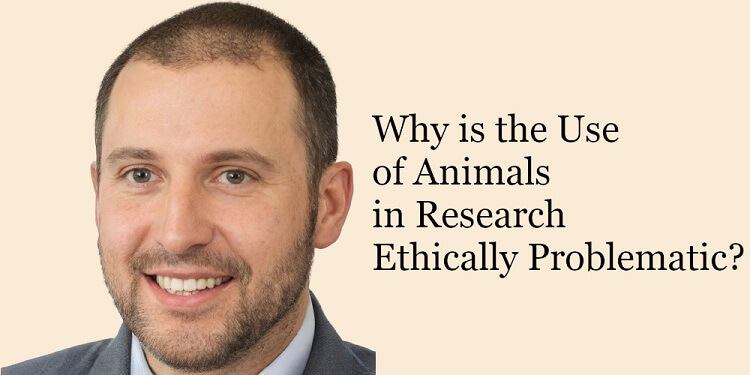 The fact that animals are subjected to these experiences for the benefit of humans means that the interests of the animals involved are not a decisive consideration.

This is why it must be justified on ethical grounds: Because it causes animals pain, it is not permissible unless there is a pressing human need that cannot be met in any other way.

Which Activities Require an Ethical Review?

Many activities involving animals require an ethical review. The most important ones are research, testing, and the breeding of animals for research. 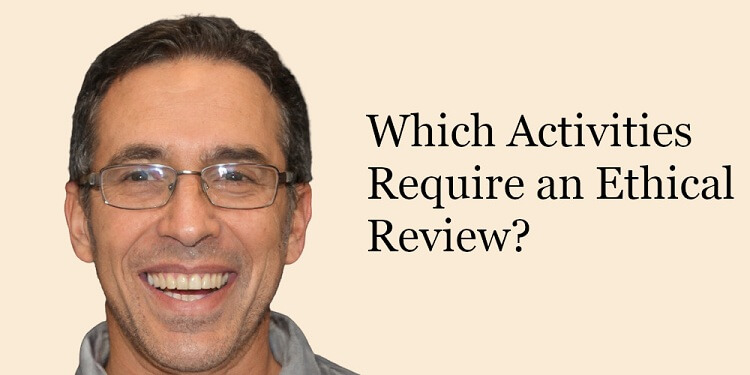 In addition, keeping animals in captivity, such as in a zoo, or as a pet, requires an ethical review, as do some other activities such as dissection, disbudding, or other procedures that cause the animals short-term pain and distress.

In general, activities that involve killing animals require an ethical review, including the harvesting of organs and blood, or the killing of animals for food or pest control.

Confining and Breeding Animals for Research

Some animals are bred for research, testing, and experimentation, and others are confined for the same purposes. In both cases, the animals are subjected to significant distress and suffering. 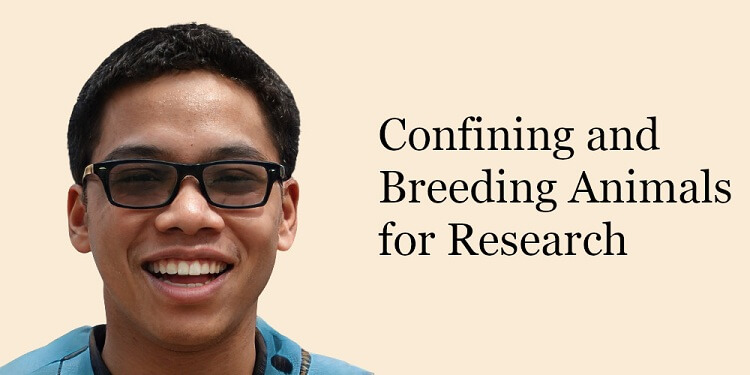 In some cases, for example, rodents are kept in social isolation, which is detrimental to their psychological wellbeing. In both cases, these conditions are necessary for the research, testing, and experimentation to take place.

Many researchers claim that they are conducting “humane” research, but humane research is neither humane nor ethical. Humane research means that the researcher minimizes the pain and distress caused to the animals involved. 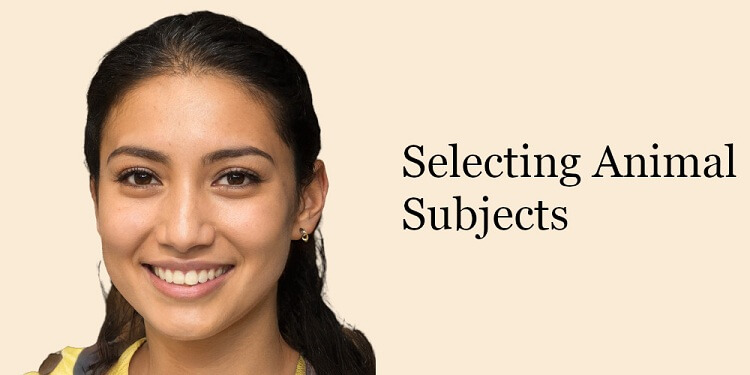 However, in some cases, the researcher has to select animal subjects that will be in significant pain and distress. This happens, for example, when researchers are studying pain-related behaviour, such as the response to the withdrawal of opiates after administering them.

Testing pharmaceuticals on animals can cause them pain and distress. In some cases, this can be reduced by using lower doses of drugs, or combining drugs with an inert substance, or by other means.

However, in some cases, no alternative to painful testing exists. In some cases, the only way to find out if a drug will be harmful to humans is to give it to animals under controlled conditions and observe the results. 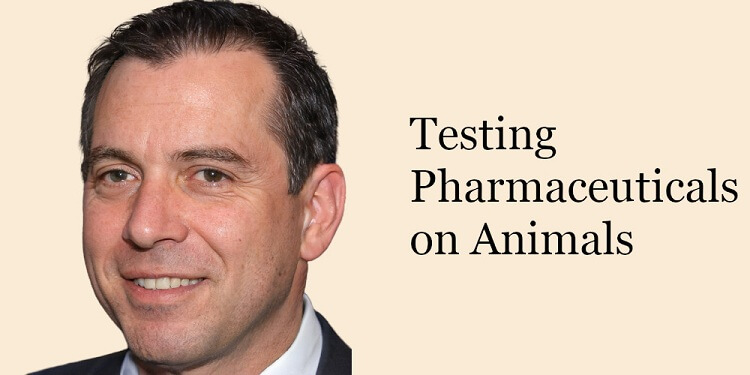 In other cases, the harmful effects of a drug can be tested by inducing a disease in the animals, such as by infecting them with a pathogen, and then testing its effects on them.

In some cases, the research can be conducted on human cells or tissues instead of on animals. However, in other cases, the only way to find out if a drug will harm humans is to test it on animals.

Constructing human organs in animals, such as pigs, is ethically problematic. The pigs have to be kept in conditions that are harmful to their wellbeing, and they have to be killed either before or after they have been used to grow the organ. 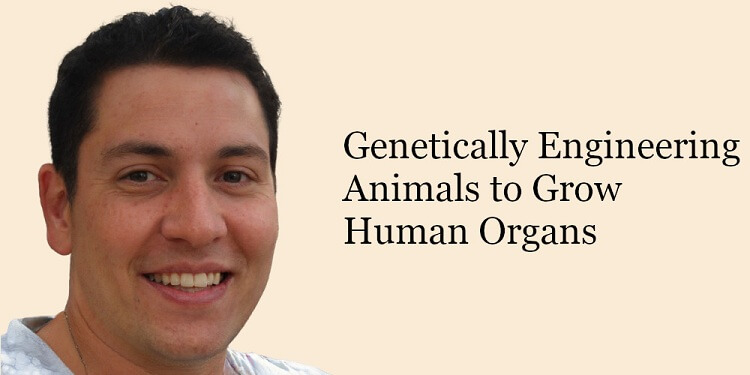 There is no ethical way to grow human organs in animals. The only way to produce organs for human transplantation is to induce the pigs to grow the organs, and then kill them.

Animals are sentient beings, and their feelings matter. This is why their well-being should be taken seriously when using them in scientific research.

This article provides an overview of ethical principles regarding the use of animals in research and testing.